Through the strength and expertise of our leaders, HasenGlobal has emerged as a front-runner in change, innovation, and progress in the construction industry. Our greatest competitive edge is the expertise, training, and international experience of our employees.

David Hasenzahl is HasenGlobal’s Director of Corporate Controls, setting our organizational standards and project control procedures. David has worked in the construction industry for over 25 years. Prior to founding our associate company, HASEN Design Build & Development in 2005, David worked for nationally known companies such as Tellepsen Corporation, Morrison Knudsen, Morley Builders, and Haws & Tingle. He is a graduate of the Leadership Class of Fort Worth and participates in various charities throughout the city. David currently presides on the board of directors of the DBIA-Design Build Institute of America Southwest. He was named to Engineering News Records’ Top 20 under 40.

David graduated with degrees in Business and Psychology from Southern Methodist University, and earned his Master’s Degree in Construction Engineering and Management from the University of Southern California. He lives in Fort Worth, Texas where he is a devoted husband and father, as well as a leader in both his work and community.

Blake Freeman is Hasen Global’s Director of Operations, managing the overall construction strategy and the day-to-day operations implemented on our projects. Blake has extensive experience in both domestic and international construction, as well as real estate development. Prior to founding Hasen Global, Blake worked as a Project Executive for top Engineering and Construction firms Michael Baker International, KS International, AECOM Technology Corp (formerly URS), and worked with the General Contractor Haws & Tingle in Fort Worth, Texas. Blake has successfully planned and executed projects ranging from $8.5 million to over $100 million the United States, Europe, Africa, and the Middle East for clients such as the U.S. Department of State and U.S. Department of Defense. In the residential sector, Blake developed Terrace 9 Condominiums in Austin’s central business district, and Madrone Canyon Estates in the Texas Hill Country.

Blake graduated from Texas A&M University with a B.S. in Construction Science and a Master’s degree in Land Economics and Real Estate. He is a LEED Accredited Professional and is U.S. Army Corps of Engineers QCM certified. Blake lives in New Braunfels, Texas where he enjoys life with his wife and children.

Walter Hasenzahl serves as HasenGlobal’s Director of Preconstruction & Finance. In this capacity, Walter manages the preconstruction operations, including estimating, procurement, logistics, and oversees corporate finance. Walter began his construction career working at Clark Construction in Bethesda, Maryland. During Walter’s nine years with Clark he worked with both Government (NAFVAC & USACE) and private clients, completing projects cumulatively valued at over $700 million. These projects include a new hangar and air traffic control tower for the West Virginia Air National Guard ($65M), the Headquarters for United States Institute of Peace ($100M), and the DC USA Mall in Washington DC ($93M). In 2013, Walter joined Michael Baker International as a Project Executive and began overseeing projects involving overseas construction. During his time with Michael Baker he managed multiple projects in Europe, Africa, the Middle East, South America, and the Caribbean for the United States Corp of Engineers, as well as the U.S State Department’s Overseas Building Operations.

Walter is a graduate of Auburn University with Bachelor in Finance. Walter resides in Fort Worth, Texas with his wife and son. 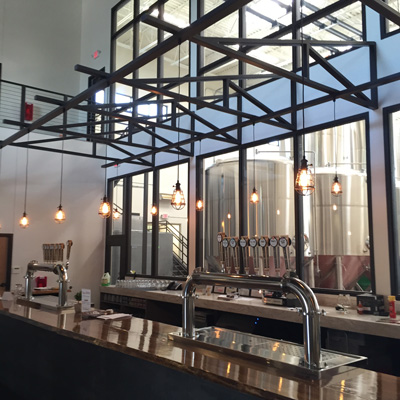